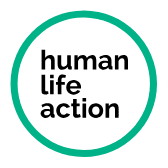 Click on "More Info" to take action.
National Committee for a Human Life Amendment
Monday, August 22, 2022, 2:30 PM
HHS Proposed Rule Coerces Health Care Professionals and Insurers
The Department of Health and Human Services (HHS) has issued a proposed rule (RIN 0945-AA17) that violates rights of conscience and religious freedom by coercing health care professionals and providers to perform, and health plans to cover, abortions and gender-transition procedures.
The proposed rule expands the definition of “sex discrimination” to include “termination of pregnancy” and “gender identity.”
If HHS adopts this expanded definition, it may be construed to require a health care professional and provider to perform, and a health plan to cover, abortions on the theory that declining to do so constitutes sex discrimination.
The rule, if adopted, would similarly prohibit health professionals and other health care providers from declining to provide, and prohibit a health plan from declining to cover, gender-transition procedures, again on the theory that a decision not to participate in or pay for such procedures constitutes sex discrimination.
You can contact HHS to comment on the proposed rule.
Comments must be received by HHS on or before October 3, 2022.
Send an electronic message to the HHS here.
In lieu of sending an electronic message, you can mail comments to HHS at the following address (but they must be received by October 3 to be considered):
U.S. Department of Health and Human Services, Office for Civil Rights Attention: 1557 NPRM (RIN 0945-AA17) Hubert H. Humphrey Building, Room 509F 200 Independence Avenue SW Washington, DC 20201.
Proposed Message:
The proposed rule (RIN 0945-AA17) is an affront to, and offends, the conscience rights of health care professionals and entities that seek to Do No Harm and to offer practical and life-giving care to the people they serve.  Health care providers and insurers should not be coerced to perform or cover abortions or transgender procedures.
A decision not to provide or cover abortion or transgender procedures is not sex discrimination.
Provisions of the proposed rule that can be construed to require the providing for or coverage of such procedures violate rights of conscience and religious freedom as reflected in current federal conscience laws, including the Weldon Amendment.
For these reasons, I oppose the abortion and gender identity provisions of the proposed rule.